We’re back after a fun two-week hiatus with a basket full of CrossFit news. Kettlebell Kitchen has officially filed for bankruptcy, James Newbury goes vegan, and Reebok has accidentally leaked photos of the Reebok Nano X. It feels so good to be back!

Side note: If you’re looking for the latest high-quality leaks of the Reebok Nano X and its release, date, check out latest article on the 10th Reebok Nano.

Good morning and welcome to the WODDITY podcast for news about CrossFit. We are a daily podcast, Monday through Friday, doing CrossFit news in five minutes or less.

My name is Ben Garves and today is Tuesday, the 24th of December, 2019. Happy Christmas Eve to those who celebrate it and happy…Tuesday…to those who don’t.

I reported more than a month ago that Kettlebell Kitchen, a commonly CrossFit-associated healthy meal delivery company had mysteriously closed their doors without sharing details as to why. This was odd, because the company only a year prior had raised more than $25 million in a funding round and was advertising just about anywhere you can find ads for a healthy lifestyle. Including just about every podcast I listen to.

Well, according to documents from a December 17th court appearance, Kettlebell Kitchen filed for bankruptcy in November and has cited that they are more than $4.3 million in debt. Meanwhile, if you visit kettlebellkitchen.com the site now redirects to an Arlington, VA-based company called Territory Foods. Territory services fourteen cities in seven states: Pennsylvania, New York, Virginia, Maryland, Texas, and California.

The internet is ablaze with people reporting being charged for ongoing undelivered meals and meal plans, along with Morning Chalk Up publishing that they are owed money by the new defunct-ish company.

Vegan and vegetarian websites blew up this weekend as James Newbury declared he was moving to a plant-based diet. Newbury has been slowly moving toward veganism since 2013 and finally committed in the final month of 2019.

If you’re curious about veganism versus vegetarianism, the difference is that veganism cuts out all animal products, including dairy, eggs, honey, and more. Studies have shown veganism, when approached correctly and supplemented with vitamin B12, can be a very healthy diet. Beyond the health benefits, it decreases your carbon footprint caused by things like beef, which takes an insane amount of natural resources to produce. It’s also, as you can imagine, a popular diet fans of the ethical treatment of animals.

I’ve actually been using a plant-based protein powder for a few years now. The company is called Orgain, if you want to try it out. I’ve found it’s definitely more gentle on the stomach. 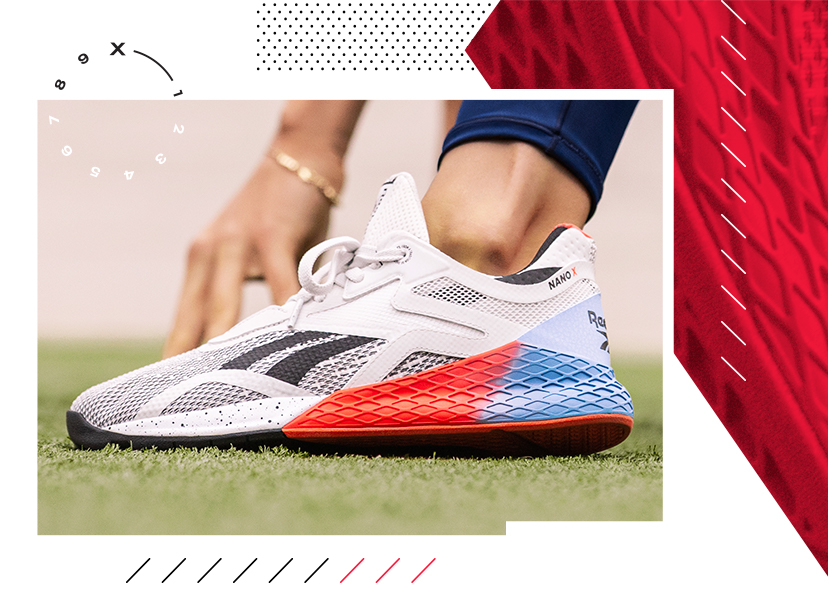 Okay, here we go with a super exciting story. Reebok accidentally posted images of their Reebok Nano X CrossFit shoes to one of their French online marketplaces as a part of model images for a pair of athletic shorts. I managed to snag photos of the shoes before they were taken down. You can zip over to our show notes at WODDITY.com to check out the pictures. At a high level, it looks like the tenth generation of the Reebok Nano is confirmed to be called the “X” instead of the Reebok Nano 10, and that it is a more subtle iteration on the Reebok Nano 9 than a hardcore reboot.

Pair this with the latest images from Tal Short at Reebok and some other previous leaks, and we must be getting pretty close to a release. Short also shared an image of a special Whatever It Takes (WIT) shoe a few days ago.

The last thing I want to throw out there is a quick shout out to Diego Centeno from the Dubai CrossFit Championship. Not only did they put together an amazing event last week, but Diego is single-handedly responsible for keeping me sane. Sometimes you just need someone to tell you you’re not crazy.

Okay, that’s it for news about CrossFit for Tuesday, December 24th. Thanks for listening. Please be sure to rate, review, subscribe, and share. For WODDITY, I’m Ben Garves. We’ll chat tomorrow.